The Chicago WHite Sox and Cleveland Indians face off on Wednesday in an American League MLB showdown at Progressive Field.

These two teams faced off on Tuesday nad it was the White Sox that were able to use a four run 6th inning to pace them to a victory.

The White sox finally moved back to .500 with their victory on Tuesday and going forward they need to have a more consistent offense. The White Sox have won three of their last four games and the pitching staff has been the difference in those victories. Jose Abreu has been the best player for the White Sox hitting four home runs and driving in 14 RBI’s. Yemin Mercedes has also hit four home runs and driven in 12 RBI’s.

On the other side of this matchup is the Indians who have lost three of their last four games and for the most part, the offense has been a really big issue this season. Jordan Luplow has been the best player for the Indians hitting five home runs and 11 RBi’s. Jose Ramirez and Franmil Reyes have also each hit four home runs.

On the mound fro the Indians will be Aaron Civale who has been good so far this season. Civale has pitched 20.2 innings so far this season giving up only ten hits and five runs. His last start came against the White Sox going six innings giving up five hits and one run. 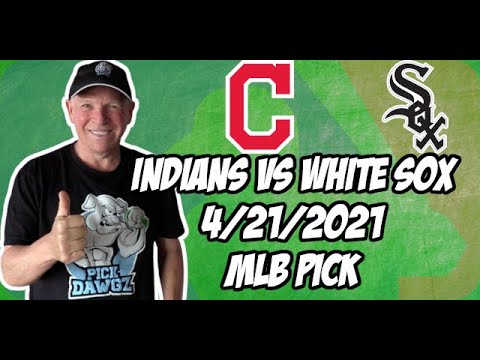