The Cincinnati Reds will host the Arizona Diamondbacks in an NL matchup on Wednesday night. It will be the second game of a three-game set at Great American Ballpark.

Their game on Tuesday was suspended with Arizona up 5-4 and will resume before this one. The game was paused with the Diamondbacks in the middle of an 8th inning rally. They had taken the lead back and were in a bases loaded 1-out situation.

Starting for the Diamondbacks on Wednesday will be righty Merrill Kelly. To start the year, he is 1-2 with an 8.44 ERA. 1.69 WHIP and 10 strikeouts. This will be the first time he has seen most of this Reds lineup in his career.

Getting the start for the Reds on Wednesday will be righty Tyler Mahle. To start the season, he is 1-1 with a 2.57 ERA, 1.00 WHIP and 22 strikeouts. In his career against this Diamondbacks lineup, he has allowed a .143 average with 10 strikeouts in 33 at bats.

Cincinnati has continued to produce from the plate, despite blowing a late lead and will likely turn out to be a loss tomorrow. In this game, they should have the edge on the mound. Mahle has been one of their better starters and should be supported here. Merrill Kelly has allowed over a hit an inning this year, so despite being without Moustakas and Castellanos, Reds should be able to score in this one. Give me Cincinnati to win. 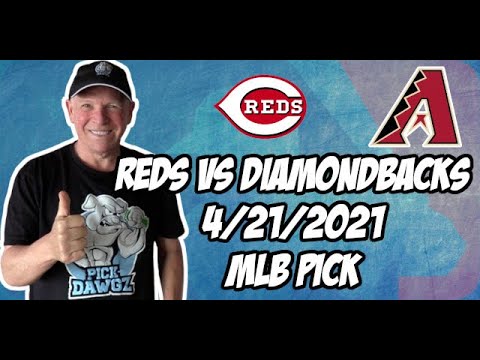