The Toronto Blue Jays face the Boston Red Sox on Tuesday, April 20th at Fenway Park for game one of a two-game series.

The Blue Jays had the day off on Monday as they wrapped up their weekend series with the Royals on Sunday. The Blue Jays lost two of three in that road series at Kauffman Stadium, pushing the Jays record back under .500 at 7-9. Toronto is currently in third place in the AL East standings behind the Rays and these Red Sox. The Blue Jays will look to improve their 4-6 road record with a big win on Tuesday against a division rival.

The Red Sox finished up their series with the Chicago White Sox on Monday with an 11-4 win. The Red Sox are one of the hottest teams in baseball but after their nine-game win streak, Boston has cooled off a tad. The Red Sox are still 11-6 on the year and in first place in the AL East standings. The Red Sox have had to play two doubleheaders this week, so we will see if that takes a toll on Boston in this two-game set.

The Toronto Blue Jays are set to bring their ace in Hyun Jin Ryu to the mound to face the Red Sox. Ryu is 1-1 with a 1.89 ERA through his first 19.0 innings of the season with the Jays. Ryu is coming off a strong outing against the New York Yankees in which he did not allow an earned run in 6.2 innings while striking out seven batters.

The Boston Red Sox are projected to send left-hander Eduardo Rodriguez to the bump to take on the Blue Jays. Rodriguez is 2-0 with a 3.60 ERA through his first 10.0 innings of the season with the Sox. Rodriguez tossed 5.0 sharp innings against the Minnesota Twins in his last outing, allowing only one earned run and striking out five.

I am going to take the Blue Jays to win the first game of this series, as they are far more rested and have the stronger starter on the bump here. The Jays will look to take at least one of these two games and I think they have the better shot at doing so in game one. 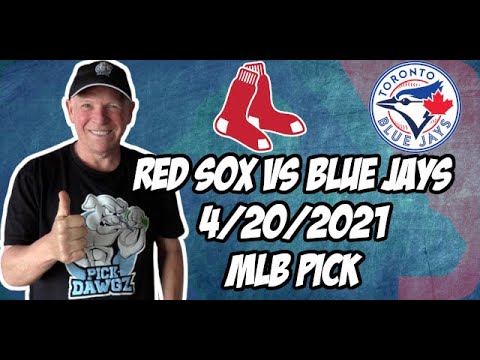