The Tampa Bay Rays and Kansas City Royals face off on Tuesday in an MLB showdown at Kauffman Stadium.

These two teams faced off on Monday and it was the Rays that were able to come away with the 4-1 victory. Kevin Kiermaier was the star of the show for the Rays driving in two RBI’s on two hits.

The Rays are hot having won four games in a row heading into this game including a weekend sweep over the New York Yankees. Each of the last two games the Rays offense has only scored four runs so it’s been the pitching staff that has been the difference for the team. Joey Wendle has been the best player so far this season for the Rays hitting three home runs and driving in 11 RBI’s.

On the mound for the Royals who had won two games in a row before losing their first game of the series. During the two game winning streak the offense still wasn’t great, and if they want to win this game, they are going to need to find better offensive success. Salvador Perez has been the best player for the Royals hitting five hom runs and driving in 11 RBI’s.

On the mound for the Royals will be Brad Keller who has been lit up so far this season. On the year, Keller has pitched 10.1 innings giving up 19 hits and 11 runs.

I expect both teams are going to struggle to score in this game and that is going to lead to this game staying well under the posted total. Back the under to cash with ease in this game. 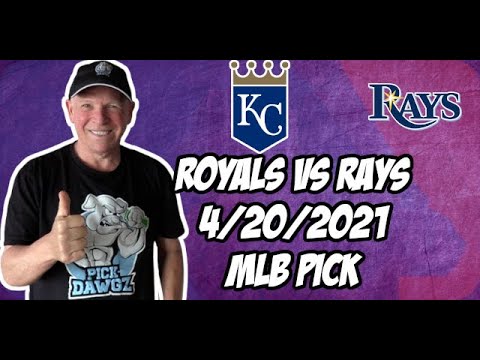