The Pittsburgh Pirates will head on the road to face the Detroit Tigers in an interleague matchup on Tuesday. It will be the first of a three-game set at Comerica Park.

The Pirates have now won their last three series 2-1 after a 6-5 win at Milwaukee on Sunday. It took extra innings to complete their last game, with Colin Moran hitting the go-ahead double in the top of the 10th. Richard Rodriguez earned the win after pitching a perfect 9th and 10th innings with 2 strikeouts. He has yet to give up a run in 6.1 innings of relief work this season. To start the year, Pittsburgh has a .235 team batting average and .696 OPS. Moran leads the team with 4 home runs, 13 RBI and a .964 OPS.

Starting for the Pirates on Tuesday will be lefty Tyler Anderson. To start the season, he is 0-1 with a 4.02 ERA, 1.47 WHIP and 14 strikeouts. This will be the first time he will face this Tigers lineup in his career, outside of Jonathan Schoop who has gone 1 for 2.

The Tigers come into this game after getting swept in 4 games at Oakland. Last time out they lost 3-2. It was a solid performance from Matthew Boyd, who pitched 7.1 innings, allowing 2 runs with 5 strikeouts. From the plate, the Tigers had 6 hits and were 2-9 with runners in scoring position. Harold Castro drove in their only 2 runs with a single in the 6th. To start the season, the Tigers have a .212 team batting average and .647 OPS. Wilson Ramos leads the team with 6 home runs, while Akil Baddoo leads with 11 RBI and a .956 OPS.

Righty Michael Fulmer will start for the Tigers on Tuesday. This year he is 1-0 with a 3.00 ERA, 0.67 WHIP and 12 strikeouts. In his career against this Pirates lineup, he has allowed a .187 batting average with 5 strikeouts in 22 at bats.

Detroit has been off to a slow start from the plate and have been even worse against left-handed pitching. Their .176 batting average and .488 OPS in those at bats rank last in the majors. Their bullpen is also ranked last in ERA to start the year. The Pirates have been finding ways to win games against some tough competition of late, so I like them to get it done here against a lesser Detroit team. Give me Pittsburgh to win. 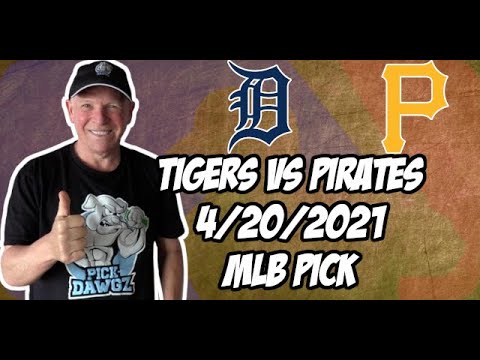