The Tampa Bay Rays face the Kansas City Royals on Monday, April 19th at Kauffman Stadium for game one of a three-game series.

The Tampa Bay Rays continued their dominance over the New York Yankees this weekend, sweeping the Bronx Bombers in a three-game set at Yankee Stadium. The Rays are 8-8 and five of those eight wins were over the Yankees. The Rays own a 5-4 record away from Tropicana Field and are 4-2 when they are the underdog, as they are in this spot. The Rays will look to string together some more wins in hopes of chasing down the Red Sox for first place in the AL East standings.

The Kansas City Royals are coming off a series win over the Toronto Blue Jays this weekend. Kansas City took three of four at Kauffman Stadium to improve to an impressive 9-5 on the year. The bullpen has pitched well, the bats have gotten the job done, and the starting rotation is also starting to sharpen for KC. The Royals are 7-3 at home this season and are 3-1 when labeled favorites.

The Tampa Bay Rays are projected to bring left-hander Josh Fleming to the mound to face the Royals in game one. Fleming is 0-1 with a 1.80 ERA through his first 5.0 innings of the season for the Rays. Fleming pitched well in his season debut against the Rangers, only allowing one earned run on a solo shot through 5.0 innings of work. Fleming only struck out two batters in that start, which is a bit concerning.

I am going to take a shot with the Rays here as the small road dog. I think Tampa Bay is the better team and will feature the stronger starter, despite Duffy's fantastic start to the season. Tampa holds some value as a dog here. 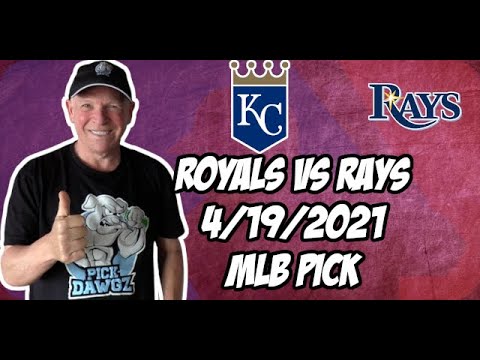