The Milwaukee Brewers and San Diego Padres face off on Monday in a National League MLB showdown at Petco Park.

The Milwaukee Brewers currently sit in 2nd place in the National League Central with an 8-7 record overall. The Brewers can’t be happy with how they played on Saturday losing two of their three games against the Pittsburgh Pirates. Each of the games they lost the Brewers gave up six runs, and they are going to need to get better pitching in this game against a Padres offense that is loaded with talent up and down the lineup. Travis Shaw has been the best player so far this year for the Brewers hitting three home runs and 13 RBi’s.

On the other side of this matchup is the Padres who have had some struggles at times but they are coming off a win on Sunday. It was the Padres offense that got going late in the game and that led to a victory. Eric Hosmer has been the best player for the Padres hitting three home runs and driving in 14 RBI’s.

On the mound for the Padres will be Joe Musgrove who already has a no hitter under his belt so far this season. On the year he has gone 19 innings giving up seven hits and one run. 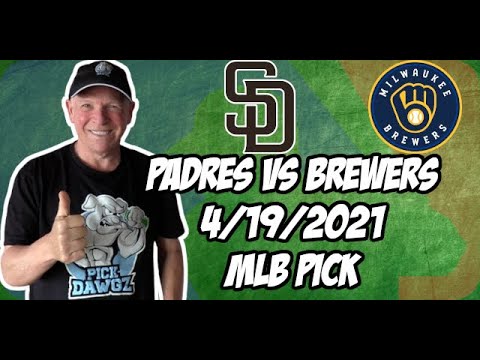