The Boston Red Sox will host the Chicago White Sox in an AL matchup on Monday. It will be the finale of a four-game set at Fenway Park.

The Red Sox come into this game having lost 3 of 4 after dropping both games on Sunday. The lost the second game 5-1. Starter Martin Perez only lasted 3.2 innings, giving up 4 runs on 7 hits. From the dish they managed just 4 hits and were 1-5 with runners in scoring position. J.D. Martinez was 1-3 and drove in Boston’s only run. To start the season, the Red Sox have a .277 team batting average, best in the bigs thus far. J.D. Martinez leads the team with 5 home runs, 18 RBI and a 1.190 OPS.

Starting for Boston on Monday will be righty Nathan Eovaldi. This year he is 2-1 with a 2.08 ERA, 0.92 WHIP and 14 strikeouts. Against this White Sox lineup in his career, he has allowed a .331 batting average with 2 home runs in 17 at bats.

Chicago heads into this game having won the last two in Boston after taking both games of Sunday’s doubleheader. In the last game they used 5 pitchers to shut down Boston, and they combined for 8 strikeouts. From the dish, they managed 10 hits in the 7-inning game and were 3-11 with runners in scoring position.  To start the season, the White Sox have a .242 team batting average and .712 OPS. Yermin Mercedes leads the team with a .415 batting average, 1.173 OPS, 4 home runs and 12 RBI.

Getting the start for Chicago will be their ace, Lucas Giolito. Through three starts, he is 1-0 with a 2.55 ERA, 0.79 WHIP and 26 strikeouts. In his career against this Boston lineup, he has allowed a .171 batting average with 12 strikeouts in 38 at bats.

Both starters have been great, so runs will be hard to come by in this one. Giolito is a different breed however and should be able to outduel Eovaldi. Both bullpens were used heavily in the double header Sunday, so the difference on the mound to start will be even more important. For that reason, I am siding with Chicago. Give me the White Sox to win. 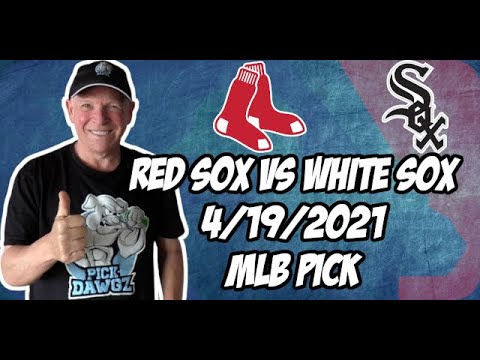