The Kansas City Royals will host the Toronto Blue Jays in an AL matchup this Sunday. This will be the final game of their four-game set at Kauffman Stadium.

The Royals took the second game by a score of 3-2. Salvador Perez hit a 459-foot walk-off home run in the bottom the 7th. The Royals used 5 pitchers in the win, limiting the Blue Jays to 5 hits with 4 strikeouts.

Kansas City comes into this game with a .243 team batting average and .698 OPS. They rank 5th in the league with 10 stolen bases. Whit Merrifield leads the team with a .340 batting average and 11 RBI. Salvador Perez leads with 4 home runs and a .952 OPS.

Getting the start for the Royals on Sunday will be righty Brady Singer. To start the season, he is 0-2 with a 6.48 ERA, 1.80 WHIP and 11 strikeouts. This will be the first time he has seen this Blue Jays lineup in his young career.

Lefty Robbie Ray will start for the Blue Jays in Sunday’s finale. In one start he is 0-1 with a 3.60 ERA, 1.20 WHIP and 3 strikeouts. He has only faced a handful of these Royals previously. They have combined to go 8-17 from the plate with a home run and 3 strikeouts.

The Blue Jays will look to leave Kansas City with a split. They should have a good shot on Sunday. Neither pitcher has been great to start the season, so we will likely see a lot of bullpen action. The Blue Jays have been better in that department, leading the league with a 2.05 ERA. Toronto has also been getting it done with the long ball, and they are third in the league with 16 home-runs against right handed pitching. The Blue Jays have won each of their last three games following a loss. Give me Toronto to win. 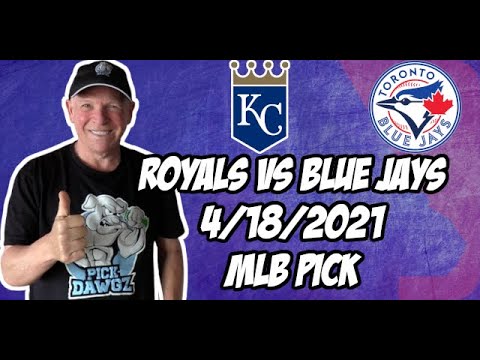