The Tampa Bay Rays and New York Yankees face off on Sunday in an American League East showdown at Yankee Stadium.

On Friday the Rays were able to come away with the 8-2 victory and on Saturday they followed that up with a 6-3 victory.

Not many are used to the Yankees having the worst record in the American League but that is exactly where they are right now. Coming into this game the Yankees have lost four games in a row and even though they have a loaded lineup they haven’t been scoring enough points. Over the last four games they have scored only 12 runs total and that type of production isn’t good enough. Giancarlo Stanton has hit two home runs and driven in 11 RBI’s while Aaron Judge has hit four home runs and driven in eight RBI’s.

On the other side of this matchup is the Rays who currently sit with a 7-8 record overall but they had lost three games in a row before beating the Yankees the last two games. Joey Wendle has been the best player for the Rays hitting two home runs and driving in 10 RBI’s. Austin Meadows and Willy Adames have also both hit three home runs.

On the mound for the Yankees will be Gerrit Cole who has been lights out again to start the season. On the season, Cole has pitched 18.1 innings giving up 12 hits and three runs.

Cole has been lights out and he is going to be strong again in this game. Look For the Rays to struggle to score and the Yankees will win this game -1.5. 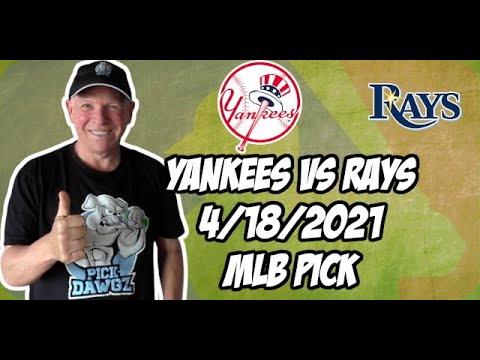