The San Francisco Giants face the Miami Marlins on Sunday, April 18th at loanDepot Park for game three of a three-game series.

The Miami Marlins walked it off in the bottom of the 10th inning on Saturday afternoon to take game two of this series. The Marlins' bats are rolling and Miami was able to grab yet another victory to move to .500 on the season at 7-7. The Marlins had a lead late but allowed five runs in the seventh inning. That made it 5-3 Giants and the Marlins were able to tie the game in the 9th inning after RBI singles by Alfaro and Marte. Jorge Alfaro hit the game-winning RBI double in the bottom of the 10th that scored two runs. The Marlins have now won the first two games of the series and the Giants have fallen to 8-6 on the year.

The San Francisco Giants are projected to bring left-hander Alex Wood to the mound to face the Marlins on Sunday. Wood will be making his Giants and season debut in this game. Wood was 0-1 with a 6.39 ERA for the Dodgers in nine appearances in 2020. Wood was seen more out of the bullpen for LAD, as their rotation was too locked and loaded for Wood to make the cut. Now, Wood is being given the chance to be a starter in the league yet again.

The Miami Marlins are projected to send right-hander Pablo Lopez to the bump to take on the Giants. Lopez is 0-1 with a 4.60 ERA through his first 15.2 innings of the season with the Fish. Lopez started the year strong but his last two starts have not been the sharpest. Lopez allowed six earned runs in his last outing against the Braves through only 4.0 innings.

I am going to take a shot with the Giants at plus money in this spot. Wood was solid in limited action in spring training and I think he makes the most out of this start. Both bullpens are below-average, therefore I think getting plus money with a team that has a winning record holds some value to it. 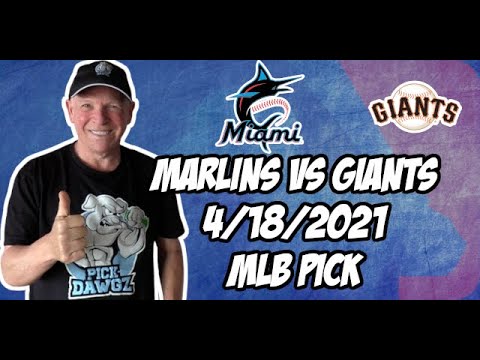