Where to Watch: BS Wisconsin Stream the MLB Game of the Day all season on ESPN+. Sign up now!

The Pittsburgh Pirates and MIlwaukee Brewers face off on Sunday in an MLB showdown at American Family Field.

ON Friday it was the Pirates that were able to win 6-1, but on Saturday the Brewers got some revenge winning 7-1.Avisail Garcia was the best player on Saturday driving in two runs for the Brewers.

The Brewers come into this game with an 8-6 record overall and the pitching early allowed them to have a chance to come away with the victory on Saturday. In the last two wins the Brewers have scored 14 runs total while only giving up one. Travis Shaw has been the best player so far this year for the Brewers hitting three home runs and driving in 12 RBI’s.

On the mound for the Pirates will be Chad Kuhl who has been lit up so far this season. ON the year he has gone 10.2 innings giving up seven hits and 11 runs.

On the mound for the Brewers will be Freddy Perelta who has been lights out this season going 13 innings total giving up only five hits and one run. 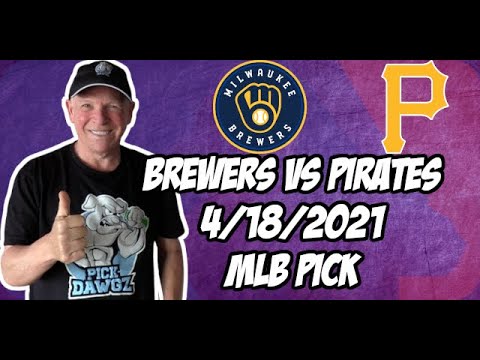