The San Diego Padres will host the Los Angeles Dodgers in an NL West battle on Sunday.  The Dodgers will be going for the sweep in this one.

Los Angeles has now won 8 in a row after their 2-0 win on Saturday. Clayton Kershaw stole the show, tossing 6 shutout innings with 8 strikeouts, while also drawing a walk with the bases loaded to drive in a run. The Dodgers only had 3 hits and were 0-2 with runners in scoring position. To start the season, the Dodgers have a .271 team batting average and .836 OPS. Justin Turner leads the team with a .426 batting average, 5 home runs, 16 RBI, and a 1.281 OPS.

Starting for the Dodgers will be their second ace Trevor Bauer. To start the year, he is 2-0 with a 2.70 ERA, 0.60 WHIP and 29 strikeouts. All-time against this Padres lineup he has allowed a .202 batting average with 20 strikeouts in 71 at bats.

The Padres have now lost 4 of 5 after Saturday’s loss. Yu Darvish pitched well in the loss, going 7 innings with 9 strikeouts and only 1 run allowed. From the dish they had just 3 hits and were 1-6 with runners in scoring position. To start the year, the Padres have a .245 team batting average and .726 OPS. Eric Hosmer leads the team with a .333 batting average, 3 home runs and 12 RBI.

Getting the start for San Diego in Sundays finale will be lefty Blake Snell. To start the season, he is 0-0 with a 4.35 ERA, 1.65 WHIP and 17 strikeouts. He has only faced a few of these Dodgers in his career. They 4 have combined to go 7-26 with 1 home run and 4 strikeouts.

The Dodgers are the class of the majors right now, and it is hard to find a reason they will lose this one. They have been slightly worse against lefty’s with a .252 batting average this season, but Snell has been getting worse as the season has gone on so he gives me little confidence. Bauer has not allowed many base runners, and he is third in the majors with 29 strikeouts. Keep hammerin’ LA. Give me the Dodgers to win. 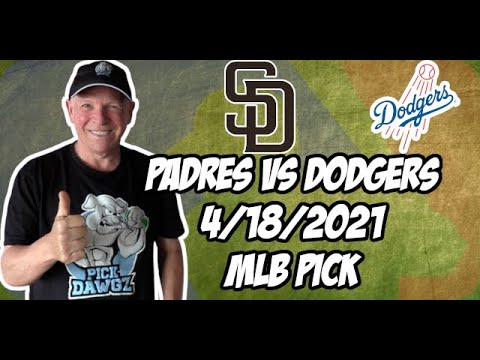