The Cleveland Indians face the Cincinnati Reds on Sunday, April 18th at Great American Ballpark for game three of a three-game series.

The Cincinnati Reds took down the Cleveland Indians by the final score of 3-2 on Saturday. The Reds scored one run in the second inning and did not find any more offense until the 9th inning in what was a tight contest. The Indians hit into a triple play in the top of the 8th inning, which proved to be very costly for Cleveland. The Reds and Indians went into extra-innings and Cincinnati scored a walk-off run on a Tyler Stephenson RBI single. The Reds have now taken the first two games of this series in the Battle of Ohio. The Reds improved to 9-5 on the year and 7-1 at home this season. The Indians are now 7-7 on the year and 3-6 away from home.

The Cleveland Indians are projected to bring right-hander Shane Bieber to the mound to face the Reds. Bieber is 1-1 with a 2.11 ERA through his first 21.1 innings of the season with the Indians. The reigning AL Cy Young winner has delivered yet again this season for the Indians. Bieber has a 0.89 WHIP and has 35 strikeouts already this season. Bieber will be a tough pitcher to face for a Reds team that struggled offensively on Saturday.

The Cincinnati Reds are projected to send left-hander Wade Miley to the bump to take on the Indians on Sunday. Miley is 2-0 with a 0.00 ERA through his first 11.0 innings of the season with the Reds. Miley has not allowed an earned run all season long, and he has only allowed four hits this season as well. Miley is having a fantastic start to the season, but now he will face off against one of the best pitchers in the MLB.

This should be a great finale for the first series of the Battle of Ohio, but in the end, I think the Indians win it. Miley has been great but I am not too sure he can keep it up all season long. When are we going to get Shane Bieber at a price like this for the rest of the season? 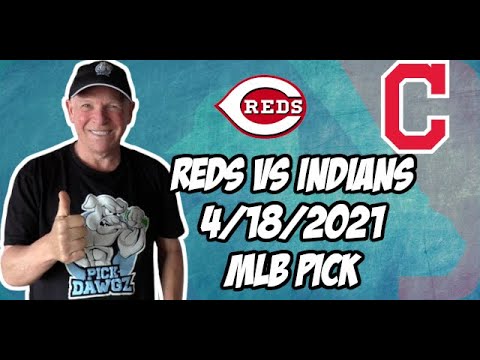