The Chicago White Sox and Boston Red Sox face off on Sunday in an American League showdown and this is Game 2 of the doubleheader. Since this is a doubleheader, this game will only be seven innings long.

These two teams faced off on Saturday and it was the Red Sox that were able to come away with the 7-4 victory. Xander Bogarets was the best player for the REd Sox driving in two runs.

Coming into the season there were a lot of expectations surrounding the White Sox, but they haven’t quite lived up to what everyone thought they would be able to do. The White Sox have lost two games in a row, and although a lot of their games have been close, they haven’t been able to quite close out games. Adam Eaton has been a key player so far this year for the White Sox hitting three home runs and driving in 11 RBI’s.

On the other side of this matchup is the Boston Red Sox who have won ten of their last 11 games with the only loss coming two games ago against the Twins. During this stretch the offense has been good, but even more important has been how strong the pitching has been from the starters but also the bullpen. J.D. Martinez has been the best player for the Red Sox and so far this season he has hit five home runs and driven in 17 RBI’s.

On the mound for the White Sox will be Dylan Cease who has pitched 14 innings so far this year giving up 15 hits and six runs.

On the mound for the Red Sox will be Nick Pivetta who has gone 14.2 innings so far this season giving up 13 hits and six runs.

At this point of the season I don’t trust the White Sox and there is a lot of value with the Red Sox to get the job done in this game. Back the Red Sox on the money line. 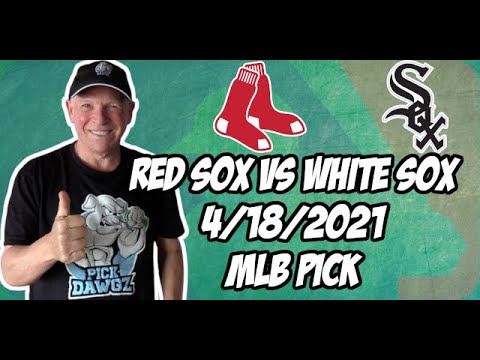