The Arizona DIamondbacks and Washington Nationals face off on Sunday in a National League MLB showdown at Nationals Park.

These two teams have played three games so far this year and it’s been the Nationals who have been able to win two of the games. The Diamondbacks won the first game of the series 11-6, but the Nationals have won the last two games. On Saturday it was the Nationals that were able to come away with the 6-2 victory.

Each of the last two games the Nationals have gotten good pitching giving up only two total runs and they are going to need to get good pitching again in this game. The best player all season for the Nationals has been Juan Soto on the season he has hit two home runs and driven in eight RBI’s. Treat Turner and Ryan Zimmerman have also hit two home runs.

On the other side of this matchup is the Arizona Diamondbacks who have had issues this season and in this game if the want to find success in this game they need the offense to be good. This is a team that scored 11 runs in the first game of this series. Eduardo Escobar has been the best player for the Diamondbacks hitting six home runs and driving in ten RBI’s.

Madison Bumgarner will get the start for the Diamondbacks and he isn’t as good as he once was. On the season, Bumgarner has given up 22 hits and 17 runs.

On the mound for the Nationals will be Stephen Strasburgh and he is coming off a really bad start. Against the Cardinals. He went four innings giving up eight hits and eight runs.

I expect both teams are going to run up the score in this game with neither pitcher having a whole lot of success. Look for both teams to have at least five runs and this game will go well over the total. Back the over. 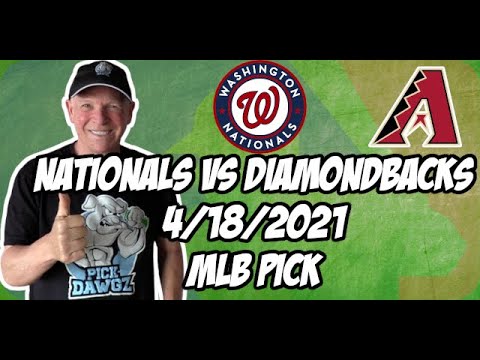