The Toronto Blue Jays and Kansas city Royals face off on Saturday in a doubleheader and this is a preview for game 1. Since this is a doubleheader this game will only be seven innings long.

These two teams did face off on Thursday and it was the Royals that were able to come away with the 7-3 victory. The Royals opened up the scoring in the 1st inning and they never looked back as they came away with the win.

Coming into the season there were no expectations but they have found a lot of success so far this season. They have won three games in a row and the offense has looked super impressive. Whit Merrifield has been the best player so far this season for the Royals and he currently has three wins and 11 RBI’s.

On the other side of this matchup is the Blue Jays who have been up and down this season but these types of series are the ones that they need to take advantage of as they try to contend for the American League East title. The Blue Jays had won two games in a row before the ywere defeated on Saturday against the Royals. Bo Bichette has been the best player so far this year for the Blue Jays hitting four home runs and driving in ten RBI’s.

Robbie Ray will get the start for the BLue Jays and in his only start this season he went 5 innings givign up three hits and two runs.

Brady Singer will get the start for the Royals and he has had some major struggles so far this season Singer has gone 8.1 innings so far this year giving up 12 hits and ten runs.

Both teams are going to run up the score in this game and it will become a shootout early on. Look for many pitchers to be needed and for the over to cash. 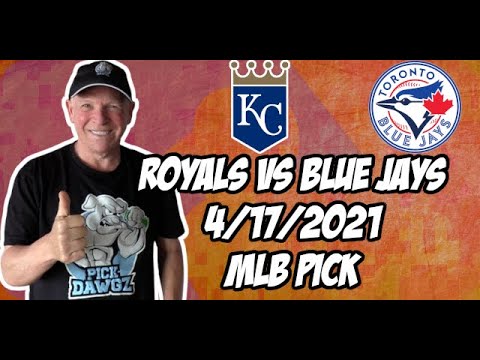