The Pittsburgh Pirates will host the Milwaukee Brewers in an NL Central matchup on Saturday. It will be the second game of a three-game set at American Family Field.

The Pirates took the first game 6-1. JT Brubaker got the win after going 6 innings, allowing 1 run with 8 strikeouts. From the dish the Pirates had 8 hits and were 2-9 with runners in scoring position. Gregory Polanco and Colin Moran both homered in the game. To start the season, the Pirates have a .241 team batting average and .715 OPS. Philip Evans leads the team with a .342 batting average and 3 home runs.

Getting the start for the Pirates will be veteran righty Trevor Cahill. To start the season, he is 0-1 with an 8.00 ERA, 1.56 WHIP and 12 strikeouts. In his career against this Brewers lineup, he has allowed a .201 batting average with 21 strikeouts in 50 at bats.

Adrian Houser took the loss in the Brewers 6-1 defeat after going 4.1 innings and allowing 3 runs. He received little support, as the Brewers combined for 5 hits and were 0-6 with runners in scoring position. Jace Peterson was 1-3 and scored the teams only run. To start the season, the Brewers have a .201 team batting average and .633 OPS. Travis Shaw leads the team with 3 home runs and 12 RBI.

Starting for the Brewers on Saturday will be lefty Brett Anderson. To start the season he is 1-1 with a 4.50 ERA, 1.20 WHIP and 5 strikeouts. All-time against these Pirates he has allowed a .229 batting average with 6 strikeouts in 30 at bats.

Milwaukee took the loss last time out but has a good chance to even things up on Saturday. Brett Anderson looked good in his last start and will face a Pirates team that has struggled against lefty’s this season. The Brewers have not been much better overall to start the year, but they are the more talented team. Give me the Brewers to win. 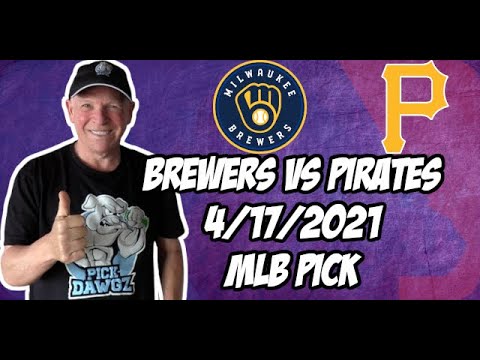