The Los Angeles Dodgers will be visiting the San Diego Padres in an epic NL West battle on Saturday. It will be the second game of a three-game set between the top two teams in the division.

The Dodgers and Padres went into extras last time out. The Dodgers won 11-3 in 12. Walker Buehler pitched well in the start, going 6 innings and allowing 2 runs. From the dish they had 12 hits and were 6-20 with runners in scoring position. To start the season, the Dodgers have a .278 team batting average and 19 home runs. Justin Turner leads the team with a .417 batting average, 4 home runs and 14 RBI.

Starting for the Dodgers will be Clayton Kershaw. To start the season, he is 2-1 with a 2.89 ERA, 1.07 WHIP and 16 strikeouts. Against this Padres lineup in his career, he has allowed a .190 batting average with 27 strikeouts in 111 at bats.

Last time out the Padres tied it in the 9th, but ended up going scoreless in extra en route to an 11-6 loss. They then tied the game in the 9th to send it to extras. From the dish they had 12 hits and were 3-20 with runners in scoring position. Fernando Tatis hit a home run off Buehler in his first game off IL, his second of the season. To start the season, the Padres have a .258 team batting average and 16 home runs. Eric Hosmer leads the team with 3 home runs and 11 RBI.

Getting the start for San Diego will be Yu Darvish. To start the season, he is 1-0 with a 3.06 ERA, 0.96 WHIP and 19 strikeouts. He does not have much experience against this Dodgers lineup in his career.

This one will be a matchup between two top tier starters. However, the Dodgers have been the best team in baseball from the plate. As good as Darvish has been, I will give the advantage to a Dodgers team that has a league best .858 OPS and is second with 80 runs scored. I would avoid this one, but you cannot fade the Dodgers right now. Give me Los Angeles to win. 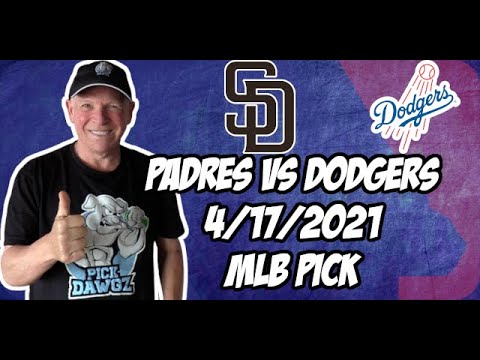