The Atlanta Braves and Chicago Cbs face off on Saturday in a National League MLB showdown at Wrigley Field.

These two teams faced off on Friday afternoon and it was the Braves that were able to come away with the 5-2 victory. Ronald Acuna Jr had another big game for the Braves driving in two RBI’s.

The Chicago Cubs have struggled to score runs all season and that has led to them having issues winning games. In four of the last five games, the Cubs have scored two runs or less and if they want to find success going forward they need to find a way to get their offense going or this is going to be a long season. Javier Baez has been the best player for the Cubs so far this season hitting three home runs and driving in eight RBI’s. Kris Bryant and Wilson Contreras have also hit three home runs.

On the other side of this matchup is the Braves who have had issues this season but they have won two games in a row. Two games ago against the Marlins it was the offense that was strong scoring seven runs and the offense is going to need to find a way to run up the score in this game. Ronald Acuna has been the best player so far this season for the Braves hitting seven home runs and 16 RBI’s.

Huascar Ynoa will get the start for the Braves and so far this season he has pitched 12 innings giving up six hits and one run.

On the mound for the Cubs will be Trevor Williams and he is coming off an awful start against the Pirates, a game that he went 3.1 innings in giving up ten hits and five runs.

Williams struggled in the last game and I don’t trust the Cubs offense to make up for it. In this game, look for the Braves to run up the score and the Cubs are going to have no answer. Back the Braves to win this game on the run line. 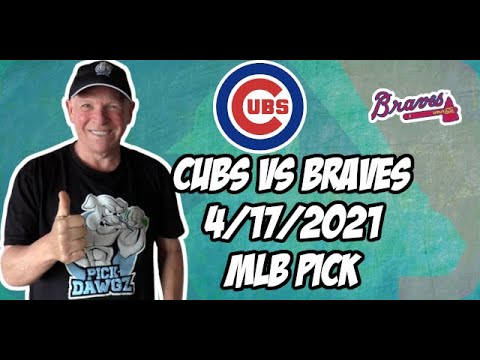