Where to Watch: BS St. Louis Stream the MLB Game of the Day all season on ESPN+. Sign up now!

The St. Louis Cardinals and Philadelphia Phillies face off on Friday in a National League Central showdown at Citizens Bank Park.

On the other side of this matchup is the Philadelphia Phillies who are really struggling coming into this game having lost three games in a row against the New York Mets. In the last game the Phillies offense could only manage one run and that led to a 5-1 defeat. The Phillies offense is averaging 3.5 runs which is 26th in the MLB. Didi Gregorious has been the best player this season for the Phillies hitting two home runs and driving in nine RBI’s.

On the mound for the Cardinals will be Carlos Martinez who has struggled so far this season. He currently sits with an 0-2 record and an ERA of 6.30.

On the mound for the Phillies will be Zach Eflin who has gone 13 innings so far this year and he has given up 11 hits and five runs.

Martinez is going to be lit up in this game and that will be lead to the Cardinals getting blown out in this game. Look for the Phillies to come away with the victory in this game. 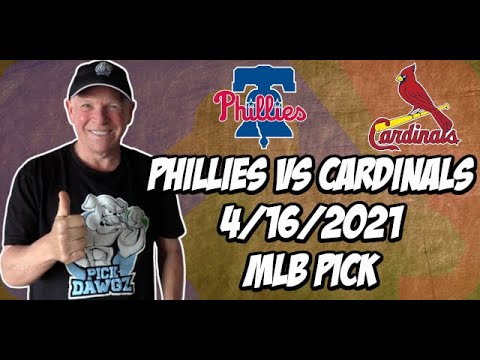