The Minnesota Twins face the Los Angeles Angels on Friday, April 16th at Angel Stadium for game one of a three-game series.

The Minnesota Twins put an end to their five-game losing streak with a win over the Boston Red Sox on Thursday afternoon with a 4-3 walk-off win. Max Kepler hit the walk-off single for the Twins and Minnesota improved to 6-7 on the year with the victory. The Twins have lost their last two series and will look to take at least two of three against the Angels here.

The Los Angeles Angels had the day off on Thursday and wrapped up a three-game series with the Royals on Wednesday. The Angels lost two of three to Kansas City on the road and are now 7-5 on the year. The Angels are dealing with a few injuries and learned that Dexter Fowler will be out for the season with a torn ACL, which is something to keep in mind.

The Minnesota Twins are projected to bring left-hander Lewis Thorpe to the mound to face the Angels. Thorpe was 0-1 with a 6.06 ERA through seven games in 2020 with the Twins. Thorpe will be making his season debut in this game against an Angels lineup that only scored a combined three runs in the final two games of their series against the Royals.

The Los Angeles Angels are projected to send left-hander Andrew Heaney to the bump to take on the Twins. Heaney is 1-1 with a 7.00 ERA through his first 9.0 innings of the season with the Angels. Heaney has only allowed eight hits and one home run in 9.0 innings, which is not too shabby, but the four walks he has conceded are a worry.

I think no matter who wins this game we are going to see some runs and more than likely a few long balls as well. Both starters are not the sharpest and neither is either team's bullpen. We know both of these teams have sluggers at the dish, so I will take the over here. 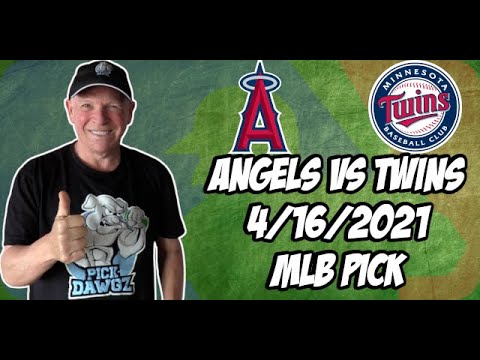