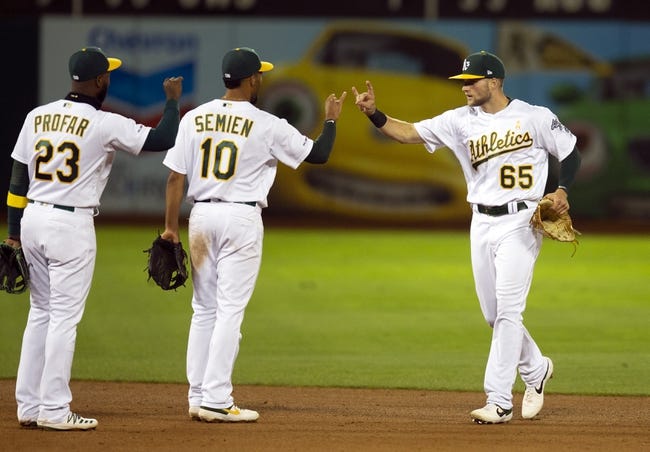 The Detroit Tigers face the Oakland Athletics on Friday, April 16th at Oakland Coliseum for game two of a four-game series.

The Oakland Athletics defeated the Detroit Tigers by the final score of 8-4 in game one of this series on Thursday night. This game was all A's, as Oakland jumped out to an early lead and never looked back the rest of the night. Oakland scored at least one run in each inning from the third inning to the seventh in what was a strong offensive performance for the Athletics. Oakland is now 6-7 overall and has won five straight games after also sweeping the Diamondbacks in a two-game series and taking two from the Astros on the road. The Tigers' three-game win streak was snapped with the loss, but Detroit is still respectable at 6-7 on the year out of the AL Central.

The Detroit Tigers are projected to bring right-hander Jose Urena to the mound to face the Athletics. Urena is 0-2 with an 8.22 ERA through his first 7.2 innings of the season with the Tigers. Urena has had a control problem this season, which has always been an issue for him. Urena has walked nine batters in only 7.2 innings, which cannot happen for any successful starting pitcher.

The Oakland Athletics are projected to send right-hander Frankie Montas to the bump to take on the Tigers. Montas is 1-1 with an 8.31 ERA through his first 8.2 innings of the season. Montas has also struggled this season, but his problem stems from balls put in play. Montas has allowed 13 base hits and two home runs to his opposition, but his high BABIP rating may mean that he is due for a stronger start in the near future.

I am going to continue to roll with the Athletics until this win streak comes to an end, as I think they own yet another clear advantage in game two of this series. Oakland is doing everything right and Jose Urena is doing everything wrong on the mound, so I will fade him here.