The Cleveland Indians and Cincinnati Reds face off on Friday in an interleague showdown at the Great American Ball Park.

The Reds have had some real struggles so far this season and coming into this game they have lost two games in a row. In the last game against the San Francisco Giants he offense could’t manage a run and that led to a 3-0 defeat. The best player this season for the Reds has been Tyler Naquin who comes into this game having hit five home runs and driving in 16 RBI’s.

On the other side of this matchup is the Cleveland Indians who are coming off a series split against the Chicago White Sox including a win in their last game In the last game against the White Sox the pitching staff was strong giving up only two runs and that led to a two run victory. Framil Reyes has been the best player for the Indians this season hitting four home runs and driving in eight RBI’s.

On the mound for the Indians will be Logan Allen who has pitched ten innings so far this year and he comes into this game having given up seven hits and three runs.

O the mound for the Reds will be Jeff Hoffman who struggled in the last start against the Diamondbacks going 4.1 innings giving up six hits and three runs.

Logan Allen is going to lock down against a Reds offense that is going to be the difference in this game. Look for the Indians offense to get to Hoffman and the visiting team will come away with a victory on the run line. 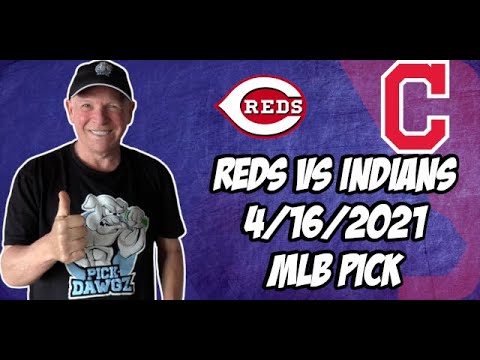