The Baltimore Orioles and Texas Rangers face off on Friday in an American League MLB showdown at Globe Life Field.

The Baltimore Orioles have struggled to start the season and in three of their last four games they have failed to win games. In the last game against the Seattle Mariners, the pitching staff actually was good giving up two runs but the offense could only manage one run and that led to the loss. Trey Mancini has been the star for the Orioles this year hitting three home runs and driving in 10 RBI’s. Maikel Franco has also driven in 12 RBI’s.

On the other side of this matchup is the Rangers who are playing well coming into this game having won three games in a row. The Rangers have gotten good pitching as of late and the offense has done just enough to have success.Nate Lowe has been the best player for the Rangers hitting four home runs an driving in 15 RBI’s.

Getting the start for the Orioles will be Jorge Lopez and he has had some major struggles. On the season, Lopez has pitched 8.2 innings giving up 11 hits and 1 runs.

On the mound for the Rangers will be Mike Foltynewicz and in the last game against the Padres he was lights out goin seven innings giving up only two hits and one run.

Lopez has ben terrible this season for the Orioles and I expect he is going to really struggle to keep his team in this game. Look for the Rangers to run up the score and they will have no issue winning this game. Back the Rangers on the run line. 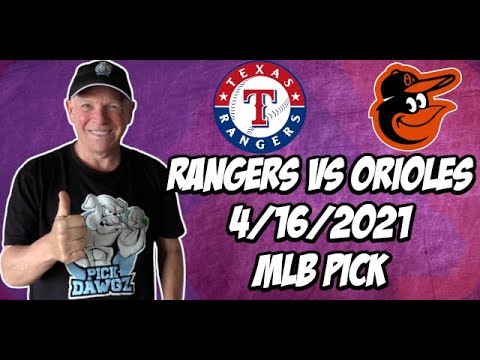