The Atlanta Braves and Chicago Cubs face off on Friday in a National League MLB showdown at Wrigley Field.

The Chicago Cubs have gotten out to a slow start to their season and they are coming off a blowout loss in their last game. In the last game against the Brewers, the offense couldn’t get any offense going and that led to a 7-0 victory. The Cubs could only manage four hits in the last game. On the season the Cubs are averaging only 2.67 runs per game which is 30th in all of baseball. Javier Baez has been the best player for the Cubs this season having three home runs and driving in eight RBI’s.

On the other side of this matchup is the Atlanta Braves who have also had some major struggles this season, but they are coming off a win on Thursday. The pitching staff was again bad giving up six runs. But the offense made up for it scoring seven runs. Ronald Acuna is having a big season and so far he has hit seven home runs and driven in 14 RBI’s.

Getting the start for the Braves will be Drew Smyly and he isas struggled in each of his two starts so far this season. On the season he has pitched 11 innings giving up nine hits and nine earned runs.

On the mound for the Cubs will be Zach Davies who got really knocked around in his last game. Davies went 1.2 innings against the Pirates giving up six hits and seven runs.

Davies has been hit hard this season and there is no reason to believe it’s going to be any different in this game. Look for the Braves to run up the score and the Cubs are going to have no chance to keep this game close. Back the Braves on the money line. 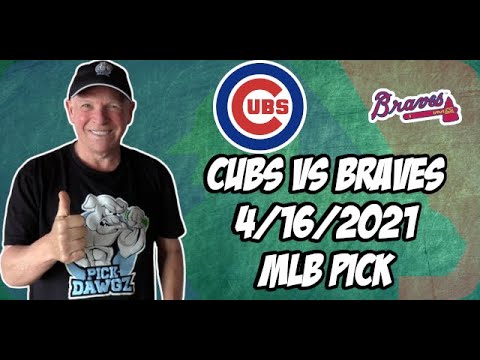