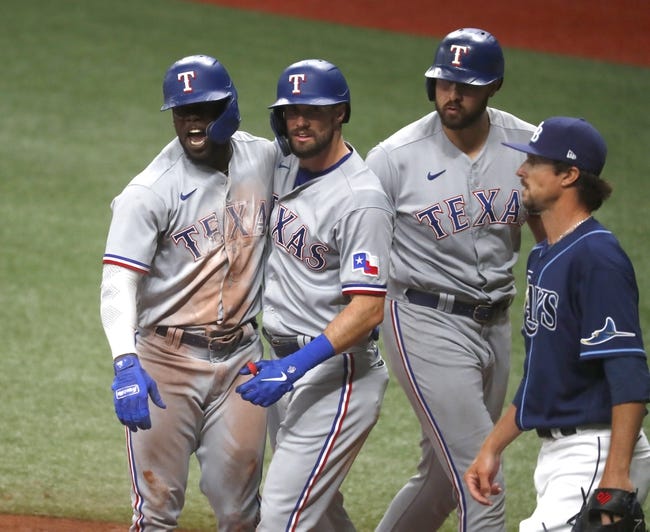 The Tampa Bay Rays will host the Texas Rangers in the final game of a three game set on Thursday. The Rays will be looking to avoid the sweep after dropping the first two in Texas.

The Rays have now dropped 3 of 4 after their 5-1 loss on Wednesday. Josh Fleming got the start and went 5 innings, allowing 1 run on 4 hits. Chris Mazza relieved him and gave up 4 runs in the 7th to let the game slip away. From the dish, the Rays had 8 hits but were 1-8 with runners in scoring position. Their lone run came on a Brandon Lowe solo shot in the 9th. To start the season, the Rays have a .223 team batting average with 12 home runs. Joey Wendle leads the team with a .303 batting average and 8 RBI.

Getting the start for the Rays on Thursday will be veteran lefty Rich Hill. To start the season, he is 1-0 with a 7.20 ERA, 1.10 WHIP and 11 strikeouts. He has only faced 3 current Rangers in his career, allowing 1 hit in 7 at bats with 2 strikeouts.

Texas won the last game 5-1 after receiving a solid outing from starter Kohei Arihara. He pitched 5.2 scoreless innings, allowing 3 hits with 5 strikeouts. From the dish they had 9 hits and were 3-6 with runners in scoring position. Nate Lowe hit a solo home run in the 2nd for his 4th of the season. To start the season, the Rangers have a .229 team batting average with 11 home runs. Lowe leads the team with 4 HR and 15 RBI, and Jose Trevino leads with a .387 batting average.

Starting for the Rangers in this one will be righty Jordan Lyles. To start the year, he is 1-0 with a 4.50 ERA, 1.30 WHIP and 9 strikeouts. He has only faced three current Rays in his career, allowing 4 hits and 1 home run in 14 at bats.

Thursdays game will feature two starters who have shown cracks to start the season. Both have been respectable, but we should see some runs on both sides. In addition to that, this one features two of the worst performing bullpens in the league thus far, boasting ERA’s above 5.00. With a manageable 8.5 runs, I like this one to exceed the total. Give me the over. 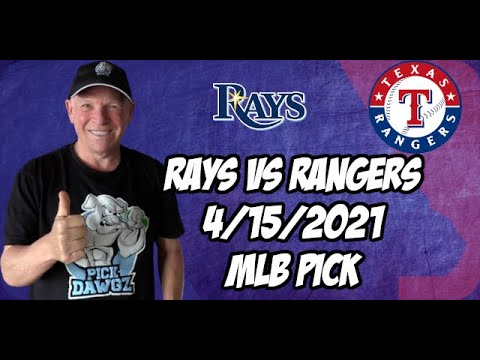