The Baltimore Orioles and Seattle Mariners face off on Thursday in a doubleheader and this a preview for Game 1. Since it is a doubleheader this game will only be seven innings long.

Wednesday’s game was postponed. When these two teams faced off on Tuesday it was the Orioles that were able to come away with the 7-6 victory.

On the other side of this matchup is the Orioles who had lost four games in a row before beating the Mariners. This is also a pitching staff that has had some issues and just a few games ago against the Red Sox they gave up 14 points. Maikel Franco has been the best player for the Orioles this season hitting one home run and driving in 12 RBI’s.

Marco Gonzales will get the start for the Mariners and he has been terrible this season going 10.1 innings giving up 17 runs and 12 runs.

On the other side of this matchup is the Orioles who will send Bruce Zimmerman to the mound who has gone 12 innings this year giving up six runs. 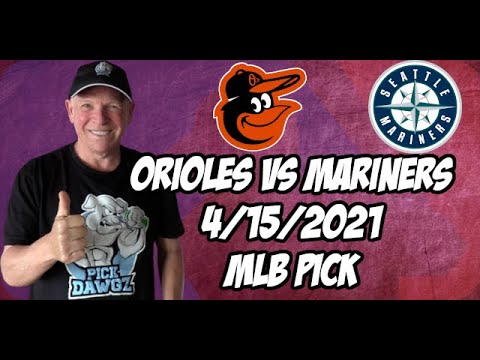