The Chicago White Sox will face the Cleveland Indians in an AL Central showdown on Thursday. It will be the final game of a four-game set at Guaranteed Rate Field.

The White Sox won their last game 8-0 on Wednesday. Carlos Rodon was brilliant, pitching a no-hitter with 7 strikeouts. If it wasn’t for a hit batter in the 9th he would have had the perfect game.  From the dish the White Sox had 12 hits and were 5-11 with runners in scoring position. To start the season, Chicago has a .233 team batting average with 13 home runs. Yermin Mercedes leads the team with a .485 batting average. Adam Eaton leads with 3 home runs, 10 RBI and 10 runs scored.

Starting for the White Sox on Thursday will be righty Lance Lynn. To start the season, he is 1-0 with a 0.00 ERA, 0.95 WHIP and 17 strikeouts. In his career against this Indians lineup, he has allowed a .126 batting average with 1 HR in 39 at bats.

The Indians lost for the second time in three games against the White Sox on Wednesday. It was a forgettable game. Not only were they no-hit, but starter Zach Plesac did not make it out of the first inning, giving up 6 runs on 7 hits. From the dish, Roberto Perez was the only batter to reach base after being hit in the 9th. To start the season, the Indians have a .195 team batting average with 15 home runs. Franmil Reyes leads the team with a .278 batting average, 4 home runs and 8 RBI.

Getting the start for the Indians will be righty Aaron Civale. To start the season, he is 2-0 with a 2.45 ERA, 0.55 WHIP and 12 strikeouts. In his career against this White Sox lineup, he has allowed a .287 batting average with 14 strikeouts in 55 at bats.

This matchup will feature two great pitchers who have gotten off to good starts. Both should be good for quality starts. The edge here should go to the White Sox have been better from the dish to start the season. In addition to their 2nd worst ranked team batting average, their 15 runs scored against right-handed pitching ranks better than only the Nationals to start the year. A pitchers duel like this is one I would avoid, but the White Sox are the better team here. Give me Chicago to win. 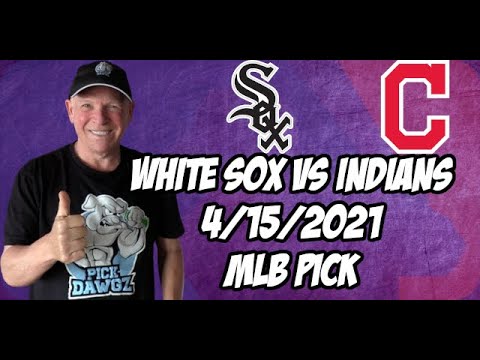