The Minnesota Twins and Boston Red Sox face off on Thursday in an American League showdown at Target Field.

These two teams have played three games so far this season and it’s been the Red Sox who have ben able to come away with all three of the wins. In the thor game on Wednesday afternoon hte Red Sox won 7-1.

The Red Sox struggled to start the season but they have turned it around now winning seven games in a row. The Red Sox’s offense is hot and they will try to keep the bots hot in this game. J.D. Martinez has been the best player for the Red Sox so far this season hitting five home runs and driving in 16 RBI’s so far this year.

On the other side of this matchup is the Minnesota Twins who have lost five games in a row and the offense has really struggled the last couple of games. So far during the series they have scored only five runs total. Nelson Cruz has been a big player for this team so far this season hitting four home runs and driving in 10 RBI’s. Byron Buxton has also been strong this year, but he idnd’t play in either game on Wednesday so it’s unclear if he can go in this game.

Garrett Richards will get the start for the Red Sox and on the season he has gone seven innings giving up ten hits and six runs.

On the mound for the Twins is Michael Pineda who has gone 11 innings so far htis year giving up eight hits and three runs total.

This Twins team is lacking confidence and there is no reason to believe it’s going to be different in this game. Look for the Red Sox to run up the score and the Red Sox to come away with a win. 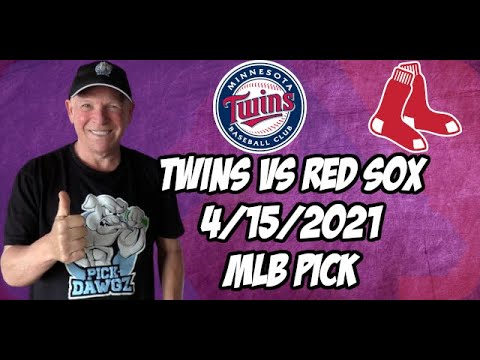