The Seattle Mariners face the Baltimore Orioles on Wednesday, April 14th at Camden Yards for game three of a four-game series.

The Mariners and Orioles played in a doubleheader on Tuesday after Monday's game was postponed due to inclement weather. The Mariners were able to get to John Means early in game one and the M's took the first game by the final score of 4-3. The Mariners looked as though they were going to sweep the doubleheader, as Seattle jumped out to a 4-0 lead in the top of the third inning in game two. The Orioles' bats were not intimidated, as Baltimore scored four runs of its own to tie the game at 4-4 at the end of three. The Orioles would go on to score two more runs in the next inning to take a 6-4 lead through four innings. Seattle tied the game in its last at-bats at the top of the seventh inning, but the O's found a walk-off on a Ramon Urias RBI single in the same inning to win it. The Mariners are now 6-5 on the year and the Orioles are 5-6.

The Seattle Mariners are projected to bring right-hander Justin Dunn to the mound to face the Orioles on Wednesday. Dunn allowed three earned runs in 4.2 innings of work against the Chicago White Sox in his season debut on April 7th. Dunn gave up only one hit but allowed a whopping eight walks in his outing. Dunn will have to minimize the free passes by more than half in this start if he wants to go deep into this game.

The Baltimore Orioles are projected to send right-hander Matt Harvey to the bump to take on the Mariners. Harvey is 0-1 with a 5.59 ERA through his first 9.2 innings of the season with Baltimore. Harvey had a strong season and O's debut but was very shaky in his second start, moving his ERA to more than 5.50.

I am going to side with the Mariners here, as I do not think Matt Harvey has earned the right to be a favorite, even at home against a below-average pitcher. 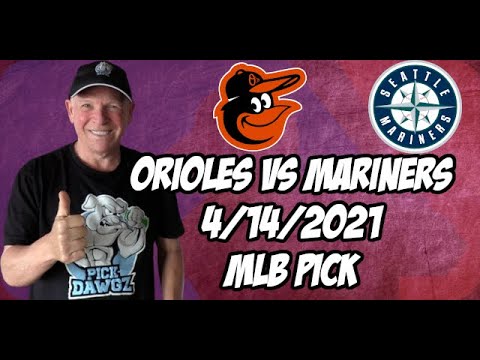