The San Diego Padres and Pittsburgh Pirates face off on Wednesday in a National League MLB showdown at PNC Park.

These two teams faced off on Tuesday and it was the Pirates that were able to win the game 8-4. There were five total rims scores in inning one but the Pirates offense was more consistent as they were able to come away with the victory.

Joe Musgrove will be on the mound for the Pirates and he is coming off a no hitter in his last start against the Rangers. In the start before that against the Diamondbacks he went six innings giving up three hits and zero runs.

Getting the start for the Pirates will be Tyler Anderson who went 5.1 innings in his last start against the Cubs giving up 10 hits and three runs.

There is no doubt that Musgrove has been good to start the season, but this is a time to fade him with a little regression coming. Look for the Pirates offense to find enough success to come away with a win and a cover of the spread. 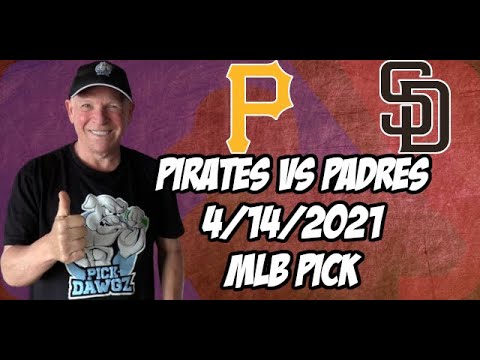