The Philadelphia Phillies and New York Mets face off on Wednesday in a National League East showdown at Citi Field.

The Mets were able to come away with a 4-3 victory in the first game on Tuesday and in the second game they were again able to win 4-0. Marcus Stroman was the star on the mound going sox innings giving up zero runs.

The Mets bullpen at times has been shaky but this is a team that has had a nice start to the season. The Mets have won three of the last four games with the only loss coming in a 3-0 defeat at the hands of the Marlins. In this game the Mets need their pitching staff to be strong, especially late.

The Phillies have lost three of their last four games and the biggest issue has been the play of their pitching staff. This is a starting staff that has been knocked around and they need more production in this game from Zack Wheeler.

Zack Wheeler is going to get the start for the Phillies and in his last start against the Braves he went 5.2 innings giving up seven hits and three runs.

On the season for the Mets will be David Peterson who currently sits with an 0-1 record and an ERA of 13.50. On the season he has gone only  four innings.

Peterson has struggled in limited action and this doesn’t seem like the game where he turns it around. Back the Phillies to win this game on the run line. 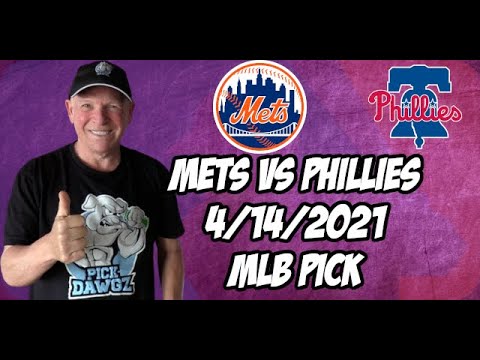