The Detroit TIgers and Houston Astros face off on Wednesday in an American League MLB showdown at Minute Maid Park.

These two teams faced off two times already this series amd it was the Tigers who have been able to win each of the games.

The Tigers haven’t found the most success this season but their bats have been hot and they have to have a lot of confidence heading into this game. Wilson Ramos was the best player on Tuesday driving in three runs on two hits amd he also scored two runs himself. In this game for the Tigers it’s going to be about the offense being strong early.

On the other side of this matchup is the Astros who got out to a fast start to the season but have struggled as of late and the pitching has really let them down. The Astros were able to have eight hits on Tuesday but only two runs crossed the plate and they need to do more with their chances in this game

Michael Fulmer will get the start for the Tigers and he has pitched seven total innings giving up four hits and two runs total.

On the mound for the Astros will be Lance McCullers Jr who has had two starts this season and he has given up one run in each of those starts.

McCullers is going to lock down again in this game and the Tigers are going to have no chance to keep this game close. Look for the Astros to come away with a win on the run line. In this game the under is also a nice strong play. 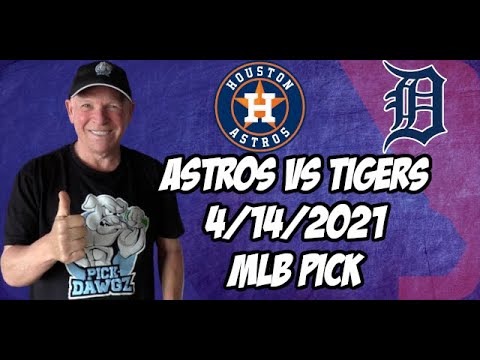