The San Francisco Giants will host the Cincinnati Reds in an NL matchup on Wednesday afternoon. It will be the rubber game of their three-game set.

The Giants won the last game 7-6 on Wednesday. Starter Kevin Gausman gave up 5 runs on 4 hits with 7 strikeouts, but the offense came to his support. They had 11 hits, including 3 home runs. Despite going 0-6 with runners in scoring position, they left a total of 7 on base. To start the season, the Giants have a .206 team batting average with 17 home runs. Evan Longoria leads the team with 4 home runs and 8 RBI.

Starting for the Giants on Wednesday will be veteran righty Johnny Cueto. To start the year he is 1-0 with a 2.51 ERA, 0.98 WHIP and 14 strikeouts. In his career against this Reds lineup, he has allowed a .218 batting average with 2 HR in 44 at bats.

Cincinnati lost for the third time in four games on Wednesday. Starter Luis Castillo gave up 4 runs on 7 hits in 5 innings. From the dish they had 7 hits and were 1-3 with runners in scoring position. Joey Votto and Mike Moustakas each hit their second home run of the year in the game. To start the season, the Reds have a .275 team batting average with 20 home runs. Tyler Naquin leads the team with 5 home runs and 14 RBI.

The Reds wills start young righty Tyler Mahle on Wednesday. In his first two starts he is 1-0 with a 2.00 ERA, 1.11 WHIP and 15 strikeouts. Against this Giants lineup in his career, he has allowed a .478 batting average with 3 home runs in 19 at bats.

This is a matchup between two of the leagues best through the first few weeks. The Reds have gotten it done at the plate, but have cooled off in the last week. After exploding for 9.5 runs a game in their first 6, they have scored just 3 per in their last 4. The Giants should have the edge on the mound considering Cueto’s start and success against the Reds in the past. Give me the Giants to win. 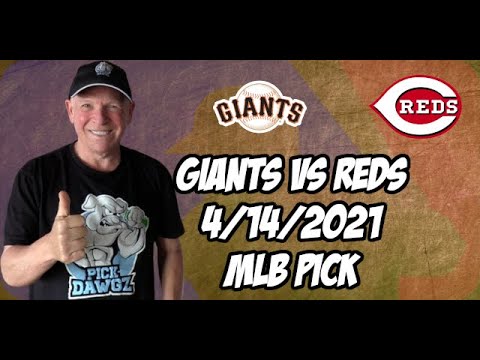