The Chicago Cubs will face the Milwaukee Brewers in an NL Central battle on Wednesday afternoon. It will be the final game of a three-game set between these division rivals.

Chicago won on Tuesday 3-2 thanks to an epic performance from the bullpen. They went 5 innings, allowing just 1 hit with 5 strikeouts. From the dish they had 6 hits and were 0-3 with runners in scoring position. Wilson Contreras hit the big blast, a 2-run shot in the 8th to put them ahead. To start the season, the Cubs have a .167 team batting average, worst in the majors. Kris Bryant leads the team with a .265 batting average, while Javier Baez leads with 3 HR and 8 RBI.

Starting for the Cubs will be veteran Jake Arrieta on Wednesday. To start the season he is 2-0, with a 2.25 ERA, 1.42 WHIP and 9 strikeouts. In his career against this Brewers lineup, he has allowed a .312 batting average, with 2 home runs in 74 at bats.

Milwaukee lost on Tuesday, ending their three-game winning streak. They wasted a solid start from Brandon Woodruff. He went 6.1 innings, allowing 1 run on 3 hits with 6 strikeouts. From the dish they had just 3 hits, with all their scoring coming on a Luis Urias two-run shot in the 2nd. To start the season, the Brewers have a .199 team batting average, worse than all in the majors except these Cubs. Christian Yelich leads the team with a .333 batting average, and Travis Shaw leads with 2 HR and 10 RBI.

The Brewers will start young righty Corbin Burns in the series finale Wednesday. To start the season, he has had 2 starts, throwing 12.1 innings and allowing 1 run on 2 hits with 20 strikeouts. All-time against this current Cubs lineup, he has allowed a .278 batting average, with 3 home runs in 44 at bats.

To start the season Arietta has been good, but Burns has been dominant. He leads the league with a 0.16 WHIP and .051 batting average against. With both lineups struggling, this will likely come down to who can strike first. The Brewers have had success against Arietta in the past, so I like their chances to get it done here. Give me Milwaukee to win. 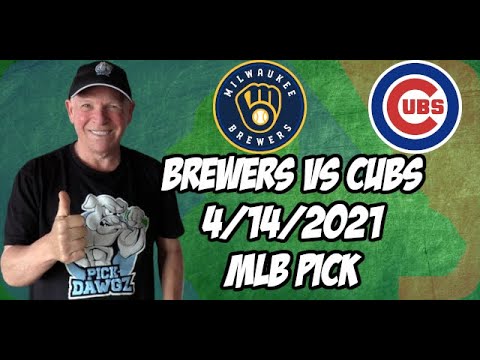