The Minnesota Twins will host the Boston Red Sox in an AL battle on Wednesday afternoon. It will be the first game of a doubleheader.

The Red Sox have now won 7 in a row, and 4 straight on the road after their 4-2 over the Twins on Tuesday. The bullpen was great, tossing 4 shutout innings of 1 hit ball in relief of Martin Perez. From the dish, Hunter Renfroe and Rafael Devers both hit solo home runs to lead the offense. To start the season, the Red Sox have a .277 batting average with 15 home runs. J.D. Martinez has been off to a fantastic start, leading the team with a .425 batting average, 5 home runs, and 16 RBI.

Getting the start for Boston in this one will be Nathan Eovaldi. In two starts this season he has a 1.46 ERA, 0.89 WHIP and 11 strikeouts. In his career against this Twins lineup, he has allowed a .340 batting average with 3 home runs in 64 at bats.

Minnesota will look to get back on track after dropping their 3rd straight game on Tuesday. They pitched well if not for two late runs given up by the bullpen, including a 9th inning home run to put the game away. From the dish they managed just 5 hits and were 0-8 with runners in scoring position. So far in 2021, the Twins have a .254 team batting average with 13 home runs. Byron Buxton has been a pleasant surprise to start the year, leading the team with a .469 batting average and 5 home runs.

The Twins will start crafty veteran Kenta Maeda against the Sox in Wednesday’s opener. To start the season, he has a 2.61 ERA, 1.55 WHIP and 11 strikeouts through 10.1 innings. Against this Red Sox lineup, he has allowed a .347 batting average with 5 home runs in 46 at bats.

The Red Sox have been the hottest team in the league and will start their top guy in Game 1 Wednesday. The offense has also been in full form and has benefitted from JD. Martinez’s resurgence at the plate. Considering the success the Sox have had against Maeda, coupled with their recent performance, I can only see this going one way. Give me the Red Sox to win. 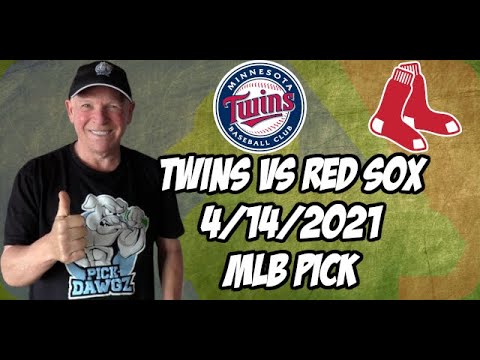