The Baltimore Orioles will host the Seattle Mariners in an AL matchup on Tuesday. It will be the first of a four-game set at Camden Yards.

Seattle comes into this game having won their last two at Minnesota. Most recently they came away with an 8-6 win on Sunday. Starter Chris Flexen was touched up for 6 runs in 5 innings, but the bullpen pitched 4 shutout innings with no hits allowed to give the offense a chance to come back. From the plate, the Mariners had 14 hits, and were 3-12 with runners in scoring position. Kyle Seager hit 2 home runs, going yard for the first time this year, including a go ahead 3-run shot in the top of the 9th. Taylor Trammel also hit a 3-run shot in the 6th for his second of the year. To start the season, the Mariners have a .227 team batting average, 17th in the majors.

Starting for the Mariners will be lefty Justus Sheffield. In his first start he went 5 innings, allowing 6 runs (4 earned), on 8 hits with 5 strikeouts. This will be the first time he has seen most of this Baltimore lineup, having not faced the Orioles since the 2019 season.

Baltimore has now lost 3 in a row after being swept at home by Boston. On Sunday they lost 14-9, after their pitching staff gave up a combined 17 hits in the game, and 6 home runs. From the dish they had a good game, getting 10 hits and going a combined 3-10 with runners in scoring position. Trey Mancini and Maikel Franco both hit three-run shots in the game. To start 2021, the Orioles have a .225 team batting average, 19th in the majors to this point.

Starting for the Orioles will be young righty Dean Kramer. In his first start he pitched 3 innings against the Yankees, allowing 3 runs on 5 hits with 4 walks. He has never faced this Mariners lineup in his young career.

Baltimore has been playing poorly of late, having gone 1-5 since their sweep of Boston to start the season. However, they got hot at the end of their last game and will face a lefty on Monday. To start the season, they have a .303 batting average against left-handed pitching in 76 at bats. Baltimore is also still looking for their first win at home. This is one I would avoid, but I will take my chances with the home team in a pick’em. Give me Baltimore to win. 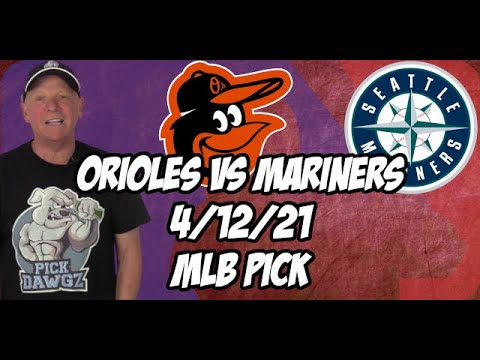