The Seattle Mariners face the Baltimore Orioles on Tuesday, April 13th at Camden Yards for game one of a doubleheader.

The Seattle Mariners and Baltimore Orioles had a scheduled game on Monday, April 12th but that was postponed due to inclement weather. Now, the M's and O's will meet on Tuesday in a doubleheader, with the first game starting at 4:05 EST. The Mariners were able to take two of three over the Minnesota Twins this past weekend in Minnesota. The Mariners have now won three of their last five and are over .500 to start the season at 5-4. The Orioles were able to sweep the Red Sox at Fenway to start the season, but Boston was out for blood this weekend and swept the O's at Camden Yards, giving Baltimore a 4-5 record.

The Seattle Mariners are projected to bring left-hander Justus Sheffield to the mound in game one of the doubleheader and Nick Margevicius in game two. Sheffield allowed four earned runs on eights and two walks against the Chicago White Sox in his season debut. Sheffield earned the loss in that one and will look to bounce back in his second start of the year.

The Baltimore Orioles are projected to send left-hander John Means to the bump in game one and Dean Kremer in game two. Means is 1-0 with a 0.77 ERA in his first 11.2 innings of the season. Means has struck out nine batters and has only allowed two walks to his opposition as well. Means is off to a great start to the 2021 season, which is very comforting to Orioles fans that saw him implode in the 2020 season.

I like the Orioles in game one of this doubleheader, and I think they are smart to start Means in game one and have Kremer go in game two. If that remains the strategy, I will take the O's on the money line here. 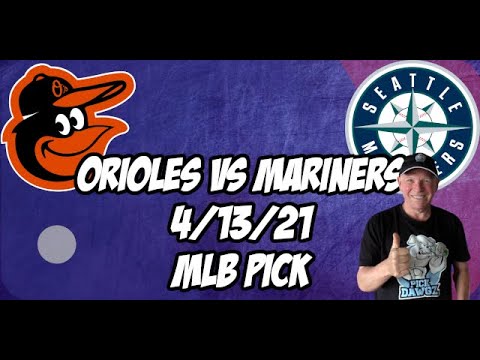