Where to Watch: BSSD, ATPT Stream the MLB Game of the Day all season on ESPN+. Sign up now!

The San Diego Padres square off Tuesday in MLB action against the Pittsburgh Pirates at PNC Park.

The San Diego Padres look to build on their four-game winning streak. The Padres have scored 15 runs in their last three games and three or less runs in six of their last eight games. The Padres have split their last six games when scoring three or less runs. Jake Cronenworth leads the Padres with 15 hits and one RBI while Wil Myers and Eric Hosmer have combined for 27 hits and 19 RBI. Blake Snell gets the ball, and he is 0-0 with a 1.86 ERA and 16 strikeouts this season. This will be Snell’s second career game against the Pirates.

The Pittsburgh Pirates need a win here to rebound from a 3-7 record. The Pirates have scored 17 runs in their last three games and three or less runs in six of their last nine games. The Pirates are 0-6 this season when scoring three or less runs. Phillip Evans leads the Pirates with 13 hits and five RBI while Bryan Reynolds and Colin Moran have combined for 21 hits and nine RBI. Chad Kuhl gets the ball, and he is 0-1 with a 6.43 ERA and seven strikeouts this season. Kuhl is 1-0 with a 4.60 ERA and 13 strikeouts in his career against the Padres.

The San Diego Padres are starting to find their stride and aren't a team you want to step in front of when they're playing well given all this talent. The Pittsburgh Pirates are off to a rough start and expecting a turnaround is highly unlikely. Chad Kuhl is also looking shaky out of the gate and isn't the pitcher you want on the mound against this Padres lineup. Give me the Padres and the RL for max betting value. 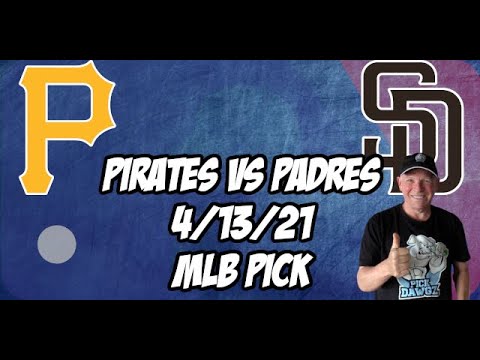