Where to Watch: SNY, NSP+, ESPN Stream the MLB Game of the Day all season on ESPN+. Sign up now!

The Philadelphia Phillies and New York Mets meet Tuesday in game two of an MLB doubleheader at Citi Field.

The New York Mets look for a win to get back to a .500 record. The Mets have scored five runs in their last three games and three or less runs in four of their first five games. The Mets have lost three of their last four games when scoring three or less runs. Brandon Nimmo leads the Mets with seven hits and one RBI while Dominic Smith and Pete Alonso have combined for eight hits and six RBI. Marcus Stroman gets the ball, and he is 1-0 with a 1.50 ERA and three strikeouts this season. Stroman is 3-1 with a 3.16 ERA and 23 strikeouts in his career against the Phillies.

it's hard to pick the second game of a doubleheader without knowing what happened in the first game, but we're getting plus money with Stroman at home. While the Philadelphia Phillies offense has been more impressive and Nola and a cheap price is attractive, these are the sort of spots Stroman has thrived. National TV, against a division rival and his team needs a boost, these are the sort of spots Stroman was brought to New York. I'll take the plus money. 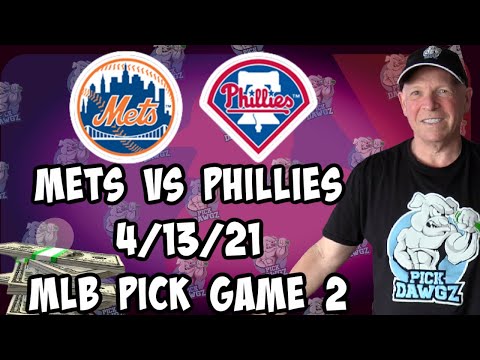