The Chicago White Sox will host the Cleveland Indians in an AL Central battle this Tuesday. This will be a pitching matchup between two of the league’s best.

The White Sox took the first game 4-3 on Monday. Dallas Keuchel started and 5 innings, allowing 3 runs on 3 hits with 2 strikeouts. From the dish they managed just 5 hits but were 2-5 with runners in scoring position. Adam Eaton had the big blow,  hitting a three run shot in the 3rd for his 3rd HR of the season. To start the year, the White Sox have a .236 team batting average with 12 home runs. Yermin Mercedes leads the team with a .500 batting average. Adam Eaton leads the team with 3 HR and 10 RBI.

Getting the start for the White Sox will be Lucas Giolito. In his last start he went 5.1 innings, allowing 3 runs on 4 hits with 10 strikeouts. Against these Indians in his career, he has allowed a .169 batting average with 4 home runs in 85 at bats.

The Indians lost for the first time in 5 games on Monday. They pitched well, however could not convert late from the dish. In the game they managed just 5 hits, and were 0-4 with runners in scoring position. Eddie Rosario hit a two run shot in the 2nd for his 2nd of the season. To start the season, the Indians have a .220 team batting average with 15 home runs. Franmil Reyes leads the team with a .312 batting average, 4 home runs, and 8 RBI.

Starting for Cleveland will be Shane Bieber. In his last start, he went 6.1 innings, allowing 2 runs on 3 hits with 12 strikeouts. Against this White Sox lineup in his career, he has allowed a .237 batting average with 6 home runs in 65 at bats.

This game will feature to pitchers that are Ace material. The White Sox have had a little more success off Beiber however, and the Indians have not been as productive against right-handed pitching to start the season. The White Sox are the more talented team right now so with basically even odds I will take them here. Give me Chicago to win. 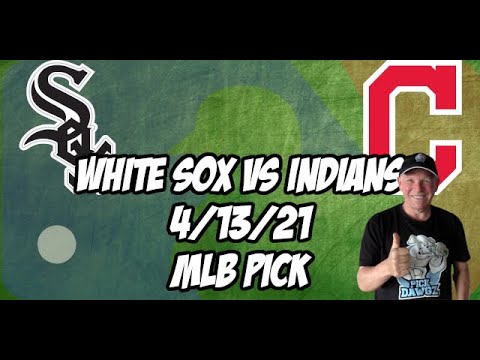