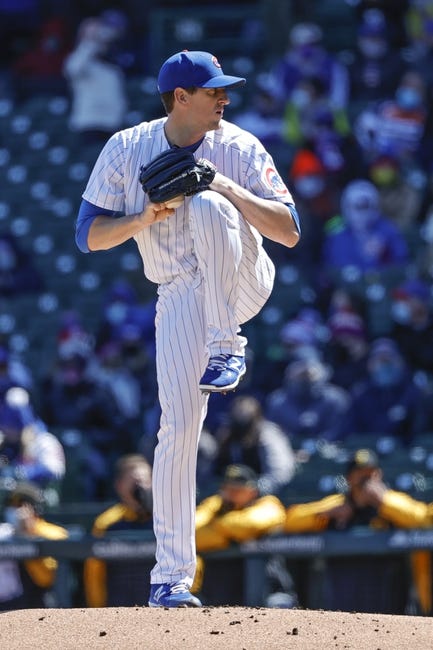 The Milwaukee Brewers will face the Chicago Cubs in an NL Central battle on Tuesday. It will be the second game of a three-game set in Milwaukee.

Chicago lost the first game of this series 6-3 for their third straight loss. Adbert Alzolay got the loss after pitching 5.1 innings, allowing 3 runs on 3 hits with 6 strikeouts. From the dish the Cubs managed just 4 hits and were 1-4 with runners in scoring position. Kris Bryant hit a solo shot in the 4th for his 3rd home run of the year. To start the season, the Cubs have a .164 team batting average, worst in the majors. Kris Bryant leads the team with a .265 batting average and 3 home runs.

Starting for the Cubs on Tuesday will be veteran righty Kyle Hendricks. In his last start, he went 6 scoreless innings against Milwaukee, allowing just 4 hits with 6 strikeouts. In his career against this Brewers lineup, he has allowed a .237 batting average with 4 home runs in 174 at bats.

The Brewers will head into this game having won four in a row after Monday’s win. Freddy Peralta got the win in the start, allowing 1 run on 2 hits with 10 strikeouts. From the dish the Brewers had 8 hits and were 4-11 with runners in scoring position. So far in 2021, the Brewers have a .207 team batting average, 4th worst in the league. Omar Narvaez leads the team with a .440 batting average, while Travis Shaw leads the team with 2 home runs and 10 RBI.

Milwaukee will send out righty Brandon Woodruff to start on Tuesday. In his last start, he pitched 7 scoreless innings against Chicago, allowing just 1 hit with 8 strikeouts. Against this Cubs lineup in his career, he has allowed a .152 batting average, with 3 home runs in 99 at bats.

Both of these teams have been off to a slow start from the plate, and will have tough matchups with two solid starters going on Tuesday. Both have had success against these lineups, so I would expect more of the same here. This may come down to the bullpen, and Chicago’s 2.93 bullpen ERA is 5th best in the majors to this point. This game could go either way so I would suggest avoiding. However, Chicago is due for a win and gives some good value here as the underdog. Give me the Cubs to win. 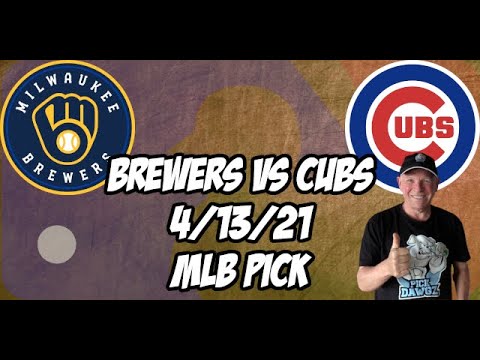