The Oakland Athletics and Arizona Diamondbacks face off on Monday in an interleague MLB showdown at Chase Field.

The Oakland Athletics had some major struggles to start the season but they have been playing a lot better as of late winning each of their last two games. On Saturday against the Astros it was the offense that was the difference as they scored seven runs and cruised to the victory. Jed Lowrie has been the best player so far for the team hitting one home run and driving in five RBI’s.

On the other side of this matchup is the Arizona Diamondbacks who have had issues this season but they have won two games in a row. In the last game against the Reds, the offense was strong scoring seven runs and that led to a victory. Eduardo Escobar has been the best player for the D-Backs this season hitting four home runs and driving in eight RBI’s.

Chris Bassitt will get the start for the A’s and he has had some major struggles this season giving up 13 hits and seven runs in 11.1 innings.

For the Diamondbacks it will be Madison Bumgarner and in nine innings he has given up 15 hits and 11 runs on the year.

Bumgarner has been awful this year and he is going to be up again in this game. The A’s are going to run up the score and they will have no issue winning this game on the run line. 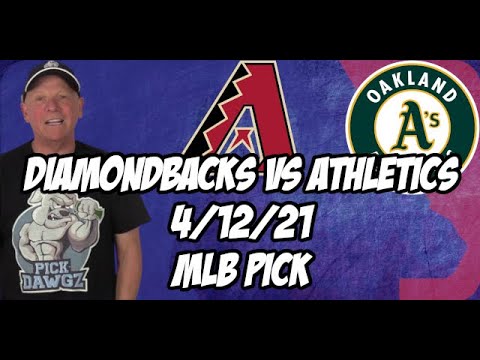