The Cleveland Indians and Chicago White Sox face off on Monday in an MLB American League Central showdown at Guaranteed Rate Field.

There were some lower expectations surrounding this team heading into the 2020 season, but they are playing some good baseball winning four in a row. The offense has been good, but more importantly, has been the way the pitching staff has looked. Over the last four games the Indians have given up only eight runs total. Franmil Reyes has been the best player hitting four home runs and driving in seven RBIs.

On the other side of this matchup is the Chicago White Sox who are expected to compete for the American League Central crown but they have had some struggles to start the season. On Sunday the White Sox forced extra innings but they couldn’t get the job done as they were defeated by a run. Jose Abreau has been the best player for Whtie Sox hitting two home runs and driving in nine RBI’s.

On the mound, for the Indians will be Triston McKenzie who has gone 3.2 innings so far this year and he currently sits with a 2.45 ERA. The Indians know this is someone they are going ot have to lean on, and they will probably try to stretch him out farther in this game.

On the mound for the White Sox will be Carlos Rodon who will be trying to have another good start after pitching five innings in his last game giving up zero runs.

I expect both teams are going to struggle to score in this game and that will lead to this game staying well under the posted total. Back the under. 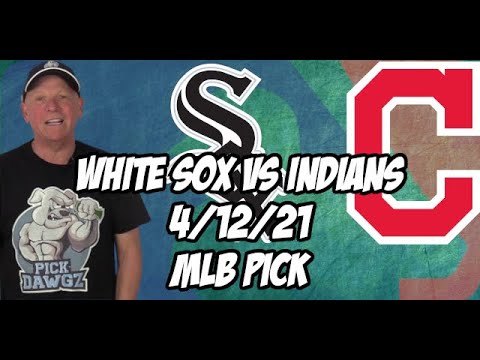