Where to Watch: BSNO, RTNW Stream the MLB Game of the Day all season on ESPN+. Sign up now!

The Seattle Mariners look for a win to get a game above a .500 record. The Mariners have scored 14 runs in their last three games and four or more runs in five of their eight games. The Mariners have won four of their last five games when scoring four or more runs. Mitch Haniger leads the Mariners with nine hits and six RBI while Ty France and Kyle Seager have combined for 16 hits and eight RBI. Chris Flexen gets the ball, and he is 1-0 with a 0.00 ERA and six strikeouts this season. This will be Flexen’s first career game against the Twins.

The Minnesota Twins look for a win after winning five of their last seven games. The Twins have scored 16 runs in their last three games and four or more runs in four of their eight games. The Twins have won their last three games when scoring four or more runs. Nelson Cruz leads the Twins with 11 hits and nine RBI while Byron Buxton and Andrelton Simmons have combined for 20 hits and eight RBI. Matt Shoemaker gets the ball, and he is 1-0 with a 1.50 ERA and five strikeouts this season. Shoemaker is 4-5 with a 4.42 ERA and 64 strikeouts in his career against the Mariners.

The Minnesota Twins are the better team here on paper and should be favored, but the Mariners are off to a decent start and the offense has flashed potential. Flexen was also solid in his season opener while Shoemaker has been a journeyman for much of his career and can run hot and cold. There's some value here with the Marines and the big plus money. I'll take a shot with the Mariners. 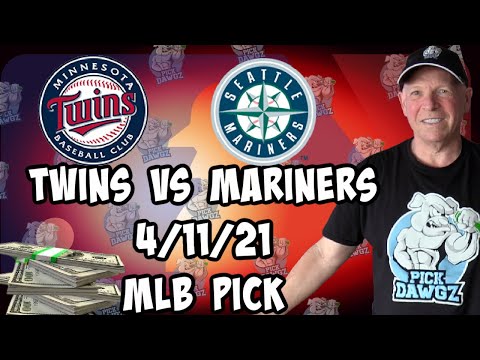