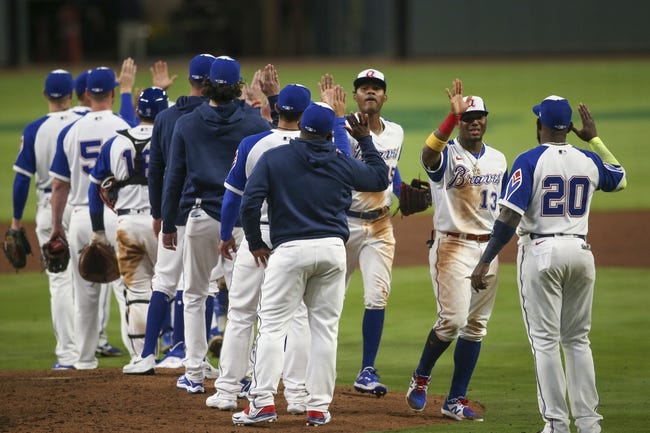 The Atlanta Braves will face the Philadelphia Phillies in the final game of a three game set on Sunday. The Braves will be going for the sweep after winning the first two.

Atlanta has now won 4 in a row after their 5-4 win on Saturday. Ian Anderson went 5.1 innings, giving up 4 runs on 5 hits with 6 strikeouts. From the dish, the Braves had 9 hits, and were 4-11 with runners in scoring position. Freddie Freeman homered in the 1st for his 3rd of the season. To start the season the Braves have a .204 team batting average. Ronald Acuna Jr. leads the team with a .406 batting average.

Starting for the Braves will be lefty Drew Smyly. In his first start he went 6 innings, allowing 4 runs on 4 hits. In his career against this Phillies lineup, he has allowed a .125 batting average with 2 home runs in 23 at bats.

The Phillies will look to get back on track after dropping their last 2 games. In their most recent game they struggled from the dish. They had just 6 hits and struck out 12 times. Starter Zach Eflin went 6 innings, allowing 4 runs on 7 hits. So far in 2021 the Phillies have a .242 team batting average. J.T. Realmuto leads the team with a .346 batting average and 6 RBI.

Philadelphia will start lefty Matt Moore on Sunday. In his first start he went 3.1 innings, allowing 2 runs on 4 hits with 4 walks issued. In his career against this Braves lineup he has allowed a .187 batting average with 1 HR in 23 at bats.

Atlanta has been rolling after getting off to an 0-4 start.

The Braves will look to complete a sweep of their own after being swept by Philly earlier in the season. Philadelphia will be starting Matt Moore, who looked shaky in his first start after not pitching all of 2020. Drew Smyly does not give me much confidence either, but the Braves have a good thing going right now. Give me Atlanta to win. 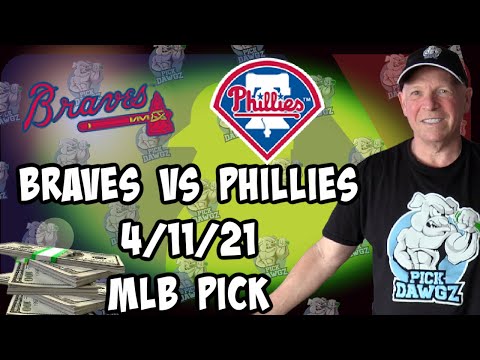