The Miami Marlins face the New York Mets on Sunday, at Citi Field for game three of a three-game series.

The Miami Marlins took down the New York Mets on Saturday afternoon by the final score of 3-0 to tie up this series. The Marlins were major underdogs in the game because Jacob deGrom was the starting pitcher for the Mets, but the Fish were able to pull off the upset and earn their second win of the season. The Marlins scored one run on deGrom and added two big insurance runs in the ninth against Edwin Diaz of the Mets' bullpen to extend their lead. Trevor Rogers and company tossed the Marlins' first shutout of the year and the Marlins are now 2-6 on the year. The Mets fall to 2-3 on the year and the rubber match of this series will be this Sunday game.

The New York Mets are projected to bring right-hander Marcus Stroman to the mound to face the Marlins in game three of this series. Stroman was very successful against the Phillies in his season debut. Stroman earned the win after 6.0 innings of one-run ball in which he only allowed three hits, two walks, and struck out three batters. Stroman is a pitch-to-contact pitcher, so these numbers are not very surprising. Stroman will look to take advantage of one of the weaker lineups in baseball, and he will hope his offense backs him up more than they did for deGrom on Saturday.

I think Stroman will pitch very well for the Mets in this one, but making an official selection for this game has to wait for a Marlins starting pitcher. I will take the Mets for now and update when an announcement is made.

UPDATE: John Curtiss is the projected starter for the Marlins. The pick remains Mets on the money line. 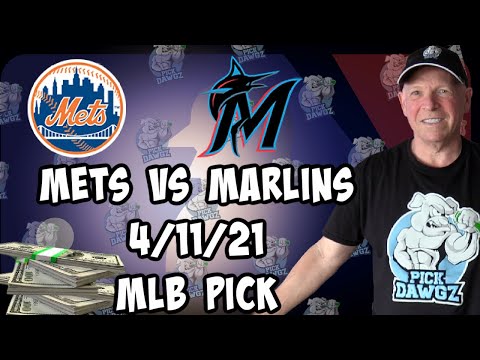