The Kansas City Royals will face the Chicago White Sox in an AL Central matchup on Saturday. This will be the second and final game of the series, after Saturdays game was postponed due to weather.

The White Sox took the first game 6-0 thanks to a gem from Lance Lynn. He pitched a shutout, allowing just 5 hits with no walks and 11 strikeouts. From the dish the White Sox had 10 hits and were 5-10 with runners in scoring position. Yoan Moncada homered for the first time this season, while Yermin Mercedes also went yard for his second of the year. To start 2021, the White Sox have a .255 team batting average and 10 home runs. Yermin Mercedes leads the team with a .556 batting average, 2 home runs and 7 RBI.

Getting the start for the White Sox will be righty Dylan Cease. In his first start at the Angels, he went 4.2 innings, allowing 3 runs on 5 hits with 3 strikeouts. He has some experience against this Royals lineup. In 46 career at bats, he has allowed a .263 batting average with 2 home runs and 12 strikeouts.

The Royals will look to get back on track after their rough outing on Thursday. Brad Keller struggled in the start, allowing 2 home runs and 6 hits in 3.1 innings. From the plate, they only had 5 hits and were a collective 0-4 with runners in scoring position. To start the year the Royals have a .251 team batting average and 8 home runs.

Starting for the Royals will be lefty Mike Minor. In his first start he allowed 4 runs in 6 innings, giving up a home run and striking out 6. He has only face a handful of these White Sox batters in the past. He has allowed a .183 batting average with 6 strikeouts in 19 at bats.

Both teams have been swinging the bat well to start the year, ranking in the top ten in runs scored. Chicago starter Dylan Cease has struggled against the Royals in the past. On the other side KC is starting Mike Minor, and the White Sox have a .301 batting average with 4 home runs against left handed pitching to start the season. This has the makings of a high-scoring game. Give me the over. 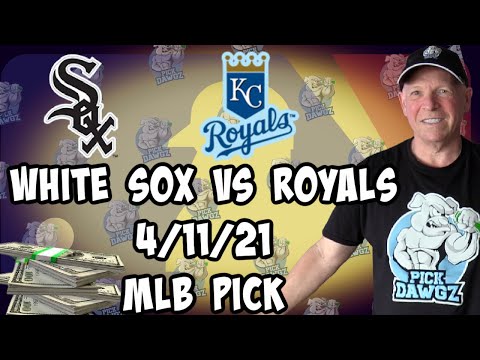