The Cleveland Indians will host the Detroit Tigers in the final game of a three-game set for these AL Central foes. Cleveland took the first two and will be going for the sweep.

The Indians broke out for 11 runs in support of Aaron Civale against the Tigers on Saturday. Civale pitched 7.2 innings, allowing 1 run on 3 hits with 6 strikeouts. From the dish, the Indians had 5 home runs, and were 3-7 with runners in scoring position. To start the season, the Indians have a .224 team batting average with 14 home runs. Franmil Reyes leads the team with 4 home runs, while Jose Ramirez leads the team with .321 batting average.

Starting for the Indians will be lefty Logan Allen. In his first start he went 5 innings, allowing 2 runs on 5 hits. In just 15 career at bats against this Tigers lineup, he has allowed a .271 batting average with 1 home run.

The Tigers had a rough day on the mound, starting with Tarki Skubal. The young righty gave up 6 runs in 4 innings with 3 home runs allowed. From the dish the Tigers had just 5 hits and failed to get a runner into scoring position. Robbie Grossman and Jemer Candelario both homered for the first time this season. So far in 2021 the Tigers have a .204 team batting average and 10 home runs. Akil Baddoo leads the team with a .313 batting average and 7 RBI.

Starting for the Tigers will be righty Jose Urena. In his first start he went 3 innings, giving up 6 runs (5 earned) on 4 hits with 5 strikeouts. In 60 at bats against this Indians lineup, he has allowed a .223 batting average with 5 home runs.

The Tigers will be trying to salvage a win in Cleveland before heading to Houston on Monday.  With two pitchers in the backend of their respective rotations going, this is anyone’s game. The Tigers have been struggling from the plate, but I like them to bounce back here and steal one. Give me Detroit to win. 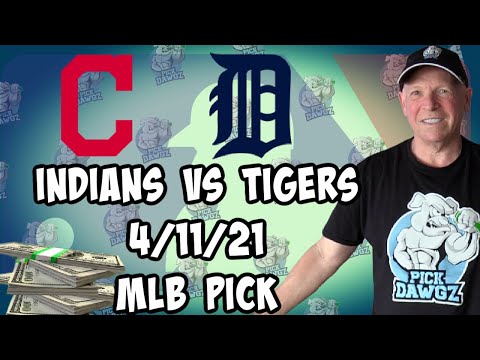